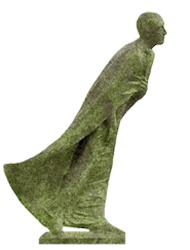 A Jesuit is “formed by the Spiritual Excercises” of St. Ignatius of Loyola. To share tht rich heritage of St. Ignatius with others is the duty of every Jesuit. Ever since the inception of the Society of Jesus, the spiritual ministery has been the core of Jesuit life and work. To save one’s soul and the souls of the others is the spiritual call of the Spiritual Excercises of St. Ignatius. In our context of sinful world, a world broken with human greed and pride, the Ignatian Spirituality is a need of the time. This nobel task of sharing the Ignatian Spirituality and his charism is undertaken in the province individually and collectively. Of late there is a province commission, called Commission for Spiritual Renewal to undertake the spiritual ministries in an organized way.

To undertake Spiritual Ministries in our temprol world marked by lack of spiritual and affective maturity; and where money, power, honour, and prestige are considered of supreme values is tough challenge. The worldly values are affecting negatively our openness, transparency and accountability and thereby making us superficial, consumerist and self-cantered. In such a context, a Jesuit is called to become a spiritual director, counsellor, and an authentic preacher.

To help our men to be intellectually more capable, spiritually well grounded, affectively mature and apostolically more effective is our vision. And the mission is - cordial and coordinated accompaniment of persons at different stages of Jesuit life.

The following are our objectives: To prepare personnel for spiritual guidance and retreat preaching by the religious and the laity and by doing so creating opportunities to evolve a pool of good Spiritual Guides and Retreat Preachers. The Commission intends to take up some concrete steps for ongoing formation and Spiritual Renewal for the Province men.
The Spiritual Renewal Commission has the following activities in order to actualize the objectives.
(1) the promotion of community library with special focus on spiritual books
(2) Regularize retreats and recollections
(3) To organize occasional seminars on Jesuit themes, forming groups for discussion and sharing in different zones, and involving the laity in the programme.